An Introduction To Yoga 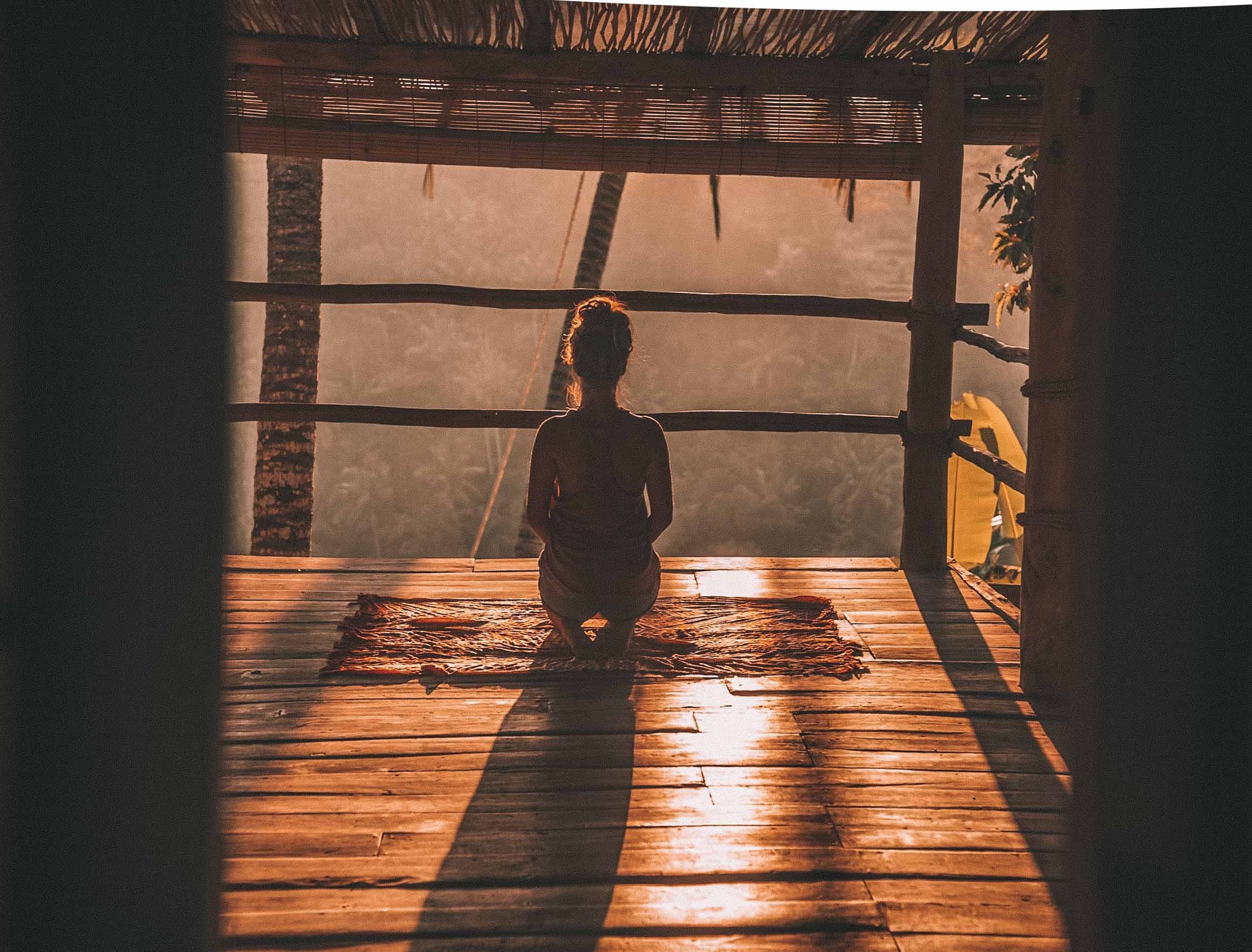 There is no written record of the inventor of yoga. Male yoga practitioners are known as yogis, and female yoga practitioners are called yoginis. Both practiced and taught yoga long before any written account of yoga came into existence. Over the next ﬁve millennia, yogis passed the discipline down to their students, and many diﬀerent schools of yoga developed as the practice expanded its global reach and popularity.

The "Yoga Sutra," a 2,000-year-old treatise on yogic philosophy by the Indian sage Patanjali, is a guidebook on how to master the mind, control the emotions, and grow spiritually. The Yoga Sutra is the earliest written record of yoga and one of the oldest texts in existence and provides the framework for all modern yoga.

Yoga is well known for its postures and poses, but they were not a key part of original yoga traditions in India. Fitness was not a primary goal. Practitioners and followers of yogic tradition focused instead on other practices, such as expanding spiritual energy using breathing methods and mental focus.

The tradition began to gain popularity in the West at the end of the 19th century. An explosion of interest in postural yoga occurred in the 1920s and 1930s, ﬁrst in India and later in the West

Yoga is an ancient form of exercise that combines postures, breathing techniques, and meditative practices to improve physical, mental, emotional and spiritual well-being. Numerous studies also suggest that yoga is good for alleviating several medical conditions. The term "yoga" comes from the Sanskrit word "yuj," which means to join or unite, indicating this practice's ability to unify the mind, body, and soul.

The earliest written record of yoga appeared in the yoga sutras, which are written by the Indian sage Patanjali. The yoga sutras contain the fundamental principles, practices, and philosophies of yoga, which are passed down from one generation to the next and are still followed by yoga practitioner's today.

According to Patanjali, there are eight "limbs" or stages of yoga. The ﬁrst two, yamas and nyamas, are centered on ethical disciplines. The third and fourth stages are focused on physical postures (asanas) and breathing techniques (pranayama). The remaining four stages are meditative practices, which include sense withdrawal (pratyahara), concentration (Dharana), meditation (dhyana) and enlightenment (samadhi). Because it's generally a low-impact exercise, yoga is typically safe for beginners and even for kids or seniors. There are also diﬀerent types of yoga, so ﬁnding one that suits your needs and preferences shouldn't be a problem. 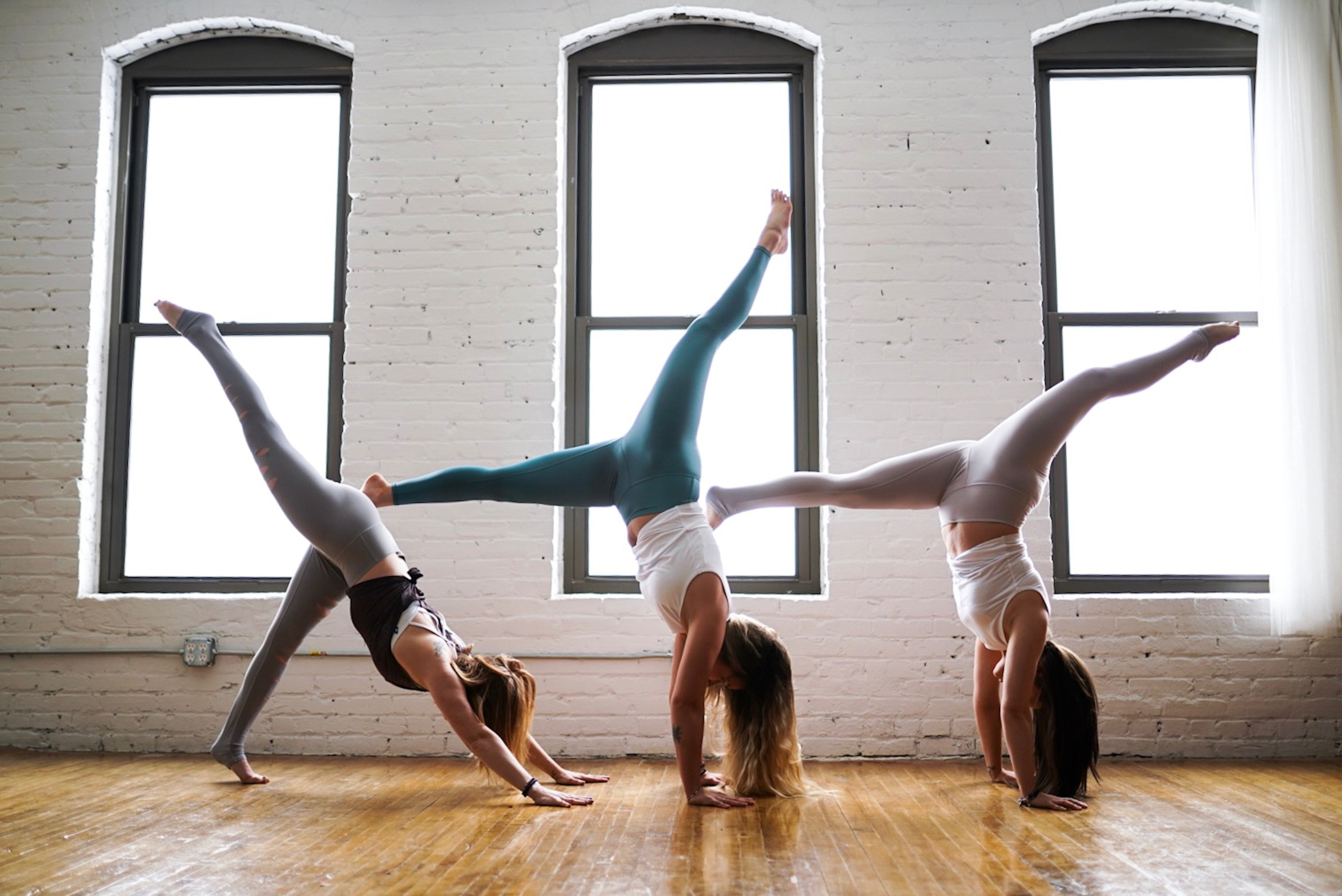 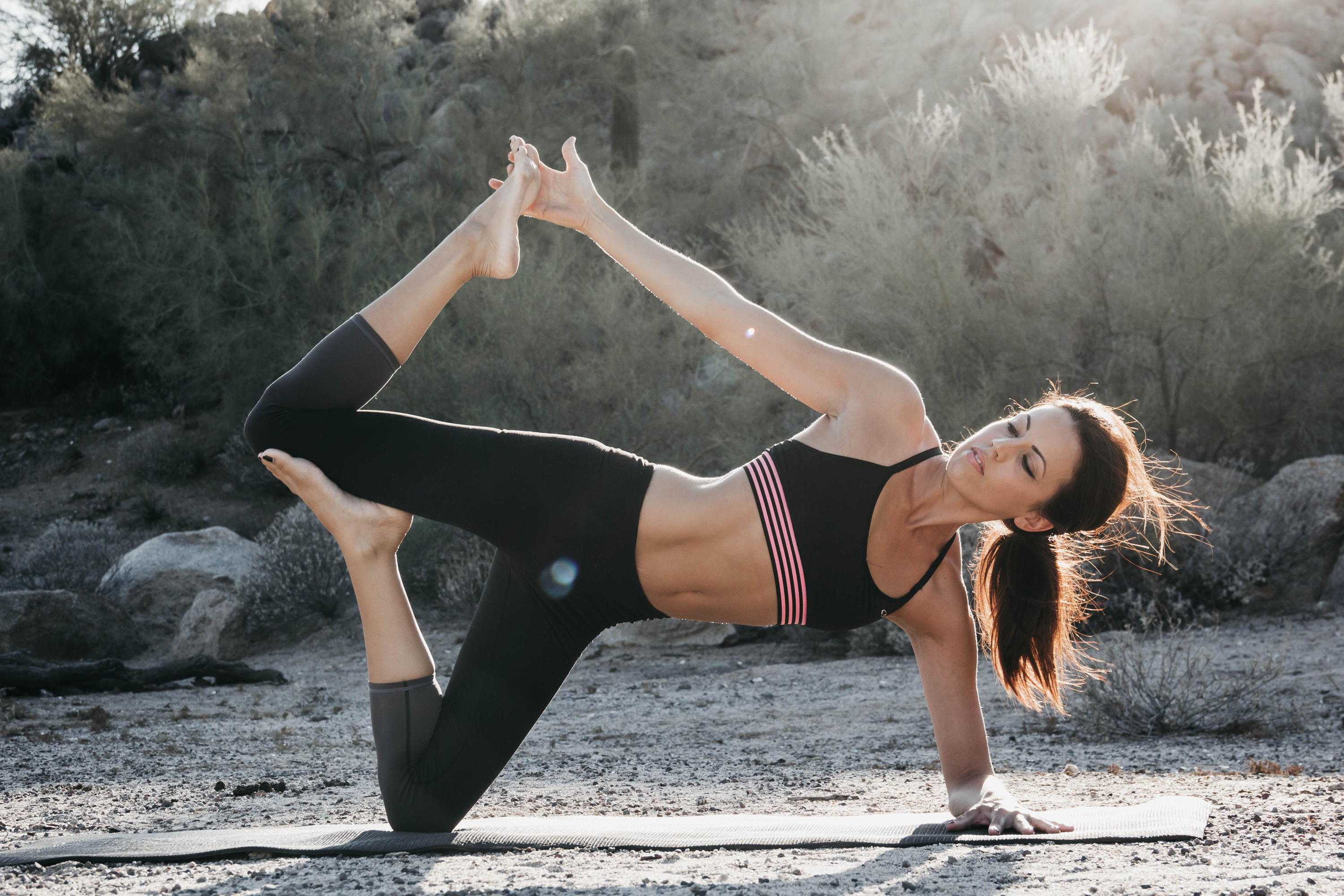 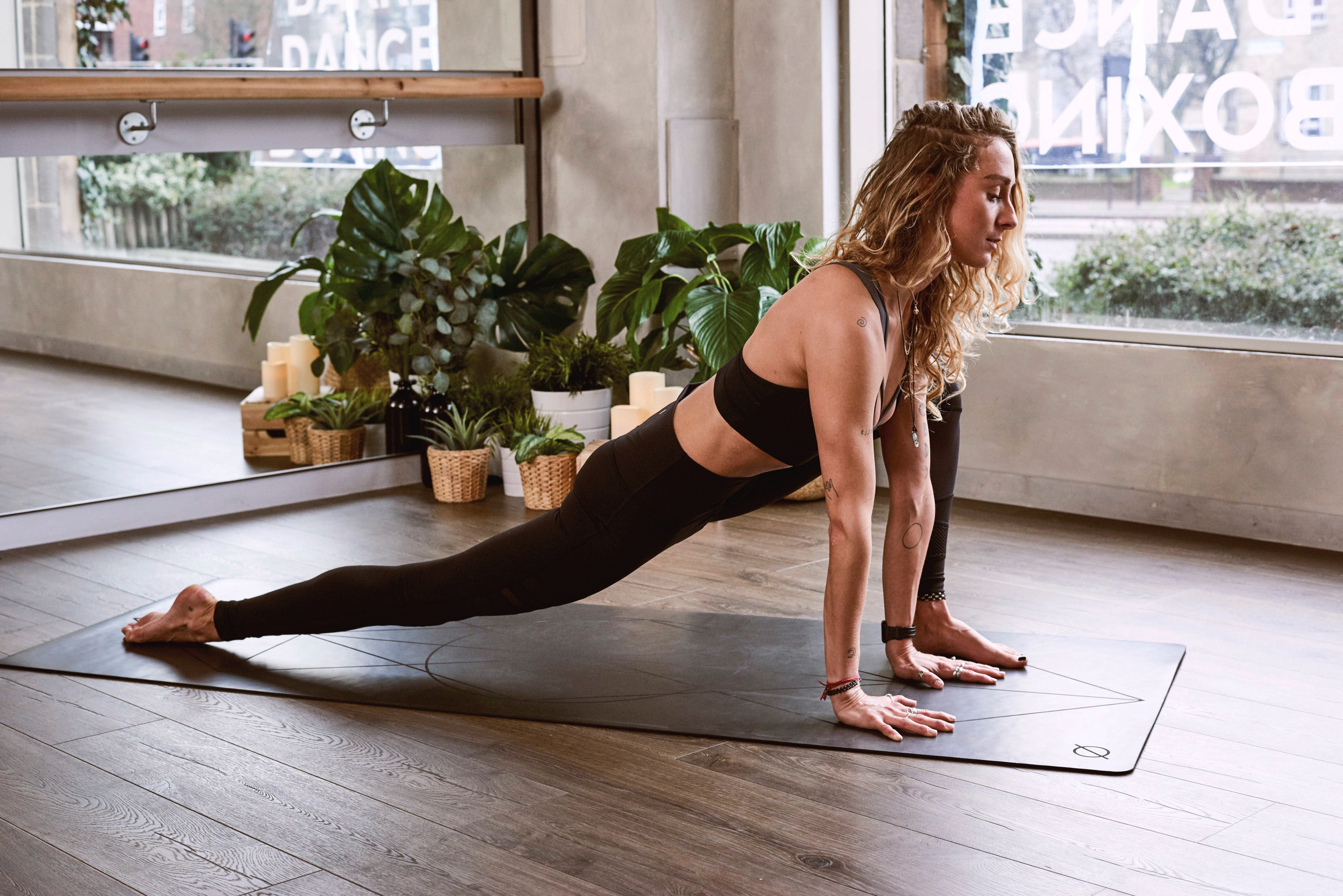 Modern yoga has evolved with a focus on exercise, strength, ﬂexibility, and breathing. It can help boost physical and mental well-being. There are many styles of yoga, and no style is more authentic or superior to another. The key is to choose a class appropriate for your ﬁtness level.

ASHTANGA YOGA: This type of yoga uses ancient yoga teachings. However, it became popular during the 1970s. Ashtanga applies six established sequences of postures that rapidly link every movement to breathe.

BIKRAMYOGA: Also known as "hot" yoga, Bikram occurs in artiﬁcially heated rooms at temperatures of nearly 105 degrees and 40 percent humidity. It consists of 26 poses and a sequence of two breathing exercises.

HATHA YOGA: This is a generic term for any yoga that teaches physical postures. "Hatha" classes usually serve as a gentle introduction to the basic yoga postures.

IYENGAR YOGA: This type focuses on ﬁnding the correct alignment in each pose using a range of props, such as blocks, blankets, straps, chairs, and bolsters.

JIVAMUKTI YOGA: Jivamukti means "liberation while living." This type emerged in 1984 and incorporated spiritual teachings and practices that focus on the fast-paced ﬂow between poses rather than the poses themselves. This focus is called vinyasa. Each class has a theme, which is explored through yoga scripture, chanting, meditation, asana, pranayama, and music. Jivamukti yoga can be physically intense.

KRIPALU YOGA: This type teaches practitioners to know, accept, and learn from the body. A student of Kripalu learns to ﬁnd their level of practice by looking inward. The classes usually begin with breathing exercises and gentle stretches, followed by a series of individual poses and ﬁnal relaxation.

KUNDALINI YOGA: Kundalini means "coiled, like a snake." Kundalini yoga is a system of meditation that aims to release pent-up energy. A class typically begins with chanting and ends with singing. In between, it features asana, pranayama, and meditation customized to create a speciﬁc outcome. POWER YOGA: In the late 1980s, practitioners developed this active and athletic type of yoga, based on the traditional Ashtanga system.

SIVANANDA: This is a system based on a ﬁve-point philosophy. This philosophy maintains that proper breathing, relaxation, diet, exercise, and positive thinking work together to form a healthy yogic lifestyle. Typically uses the same 12 basic asanas, bookended by sun salutations and savasana poses.

VINI YOGA: Viniyoga can adapt to any person, regardless of physical ability. Viniyoga teachers require in-depth training and tend to be experts on anatomy and yoga therapy. YIN: This is a quiet, meditative yoga practice, also called Taoist yoga. Yin yoga allows the release of tension in key joints, including: ·The ankles, Knees, Hips, The whole back, Neck, Shoulders. Yin poses are passive, meaning that gravity shoulders most of the force and eﬀort.

PRENATAL YOGA: Prenatal yoga uses postures that practitioners have designed for people who are pregnant. It can support people in getting back into shape after pregnancy as well as supporting health during pregnancy.

RESTORATIVE YOGA: This is a relaxing method of yoga. A person spends a restorative yoga class in four or ﬁve simple poses, using props like blankets and bolsters to sink into deep relaxation without exerting any eﬀort in holding the pose.

Yoga offers major benefits that can impact your health and life from the inside out.

Adding yoga to your lifestyle can improve your health, help you lose weight, and increase your sex drive just to name a few.

It will uplift your mood and help you sleep better at night.

The 10 Best Fitness Tips of All Time